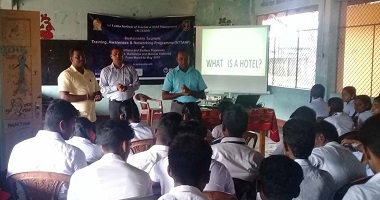 With the aim of raising awareness on tourism and relevant opportunities in the sector, SLITHM recently conducted the STTANP (Sustainable Tourism : Training, Awareness and Networking Programme) program targeting populations of the Northern and Eastern province. The project was completed in 81 days where several Awareness, Career Guidance, Training and Networking Programs were held in Ampara, Batticaloa and Mannar.

The program was able to make considerable awareness on the targeted population regarding the industry and its opportunities which SLITHM hopes will be a key factor in generating the required skilled workforce to meet the national level tourism targets and requirements.